We are delighted to announce that Greg Ellis, an English actor and so much more, has accepted our invitation to be a Guest of Honour at this conference.

Greg’s major motion picture film credits include billion-dollar franchises like the Pirates of the Caribbean series, and Titanic, Star Trek, Mr. & Mrs. Smith, and Beowulf. TV credits include 24, The X-Files, CSI, Dexter, NCIS, Hawaii Five-O, and more. Under his production company banner, Monkey Toes, Greg has written and directed projects for Kiefer Sutherland and Stephen Fry, and produced and directed multiple commercials. He hosts the video podcast series The Voices in My Head, Wiser Life Practices, and The Respondent.

Greg’s online Alive Coaching improvement program helps people address past problems and improve their future, and his official website provides information on all of Greg’s projects, while the multimedia child advocacy series The Respondent aims to inspire family champions through his non-profit organization CPU: Children and Parents United.

Since 2014, International Conferences on Men’s Issues (ICMIs) have been the flagship events of the global men’s rights movement. They cover issues affecting men and boys directly, and women and girls indirectly.

Following the success of ICMI20, the organizers of the event decided that another major online ICMI would be held in 2021.The event will be held over 10:00 AM GMT, Monday, 13 December – midday GMT, Sunday, 19 December, 2021. Video presentations and interviews will be retained on the conference platform for six months after the event.

The event will be highly interactive. As well as pre-recorded presentation and interview videos (70+ of them) there will be 70+ live Q&A sessions, and more. There will also be ample opportunities for networking with speakers and other attendees, and attendees will be able to set up their own discussion groups, and more. We have invested in the market-leading virtual event software to optimise the attendee experience. You can attend the conference on either your computer or your mobile devices.

Conference-related costs need to be covered. Tickets cost £20.00 (or the equivalent in your local currency), and are on sale now, here. We look forward to you joining us for what will surely be a memorable event. Buy your ticket now because the Whova app has some great discussions going already, and you’re missing out on communicating with men and women from around the world.

The hugely successful sixth International Conference on Men’s Issues (ICMI20). 120 videos, many of them interviews by the organizers, were posted over the course of five days – on the hour, every hour.

I’d like to thank my fellow organizers – Elizabeth Hobson (at the time, and until March 2021, the leader of the British political party Justice for Men & Boys (and the women who love them), Tom Caulfield (J4MB Technical Director), Paul Elam, Tom Golden and Robert Brockway. They were all a pleasure to work with throughout the months before ICMI20, and during it.

I’d like to thank everyone who provided a video, or was interviewed on Zoom for the event. The technical quality standards of the videos were generally higher than we were expecting, given that the vast majority of the speakers were not professional video makers, some had never made a video in their lives. It surely goes without saying that the quality of the content of the videos was high, and we had very positive feedback.

The list of speakers and interviewees is here. The mirror videos – posted because for various reasons a number of videos didn’t materialise – are numbered 109-125.

Conference-related costs need to be covered. Tickets will cost £20.00 (or the equivalent in your local currency), and will go on sale at 10:00 BST on Monday, October 18, a month before the start of the event. A link will be posted here. 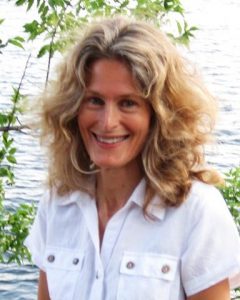